Blood is My Bond to Family and My Career Calling

This is a paid public announcement from Sanofi Genzyme and does not constitute an endorsement of products or services. When you click on the links in this blog entry, you will be direct to a Sanofi Genzyme website. LA Kelley Communications always advises you to be a savvy consumer when contacting any company; do not reveal identifying information against your will. 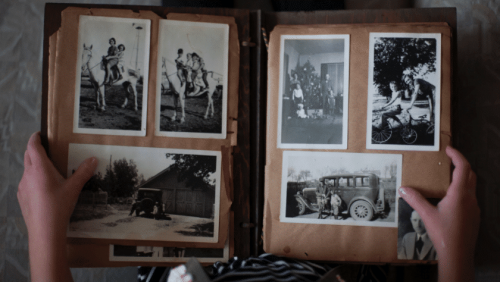 Two things have shaped my life and given me strength – the hemophilia gene and post-traumatic stress disorder (PTSD). But as I learned from my dad in how he handled all the obstacles caused by his bleeding disorder, I can never give up. I am inspired by his drive to live fully and I am passionate about making a positive difference in the world. This is why I am a Regional Director, Community Relations and Education Managers at Sanofi Genzyme

My dad, Charles Carman, was born in 1938 with hemophilia. He was hospitalized through his Junior and Senior years of high school because of an uncontrolled bleed and was told by doctors that he might never walk again. At the time, the only treatment option was blood transfusions and the life expectancy was less than 20 years old.1

He beat the odds. He walked at his high school graduation. He learned to drive a stick-shift car despite the joint damage caused by bleeds in his ankles and knees. He even attended college several hours away and moved to California for graduate school. After graduate school, he landed his dream job as a research chemist in Houston. Then, obstacles appeared again. On his first day of work, he was denied employment after disclosing he was living with hemophilia.

My dad was a mentor to many. As they came and went through our home, I remember on occasion when I overheard someone say he was “the oldest living hemophiliac.” My dad was in his late 20s at the time and I was very confused because he didn’t look old. He was happy and, in my eyes, full of life. I also assumed all dads walked with a limp and were not able to fully extend their elbow or wrist. All I could see was my dad’s drive and passion for life.

But drive and passion are not treatments for hemophilia. When I was eight years old, my dad was hospitalized for a full year due to a life and limb-threatening bleed. He barely survived. I wasn’t aware until adulthood, but the trauma from his hospitalization and near-death experience is when I developed PTSD.

Becoming a parent only strengthened my tie to the hemophilia community. After my second daughter was born, I developed a life-threatening bleed and I was told it would be impossible to carry another child. To our surprise, a few years later our son Dylan was born and just like my dad, Dylan had hemophilia.

During the short time between his birth and hearing his diagnosis, I had a strange conflict internally. I hoped he didn’t have a bleeding disorder, but I also thought I would have a feeling of loss if hemophilia had left my life permanently. The first time I was scared and uncertain about how to be a parent of a child with a bleeding disorder was when Dylan was just four days old. I found his sleeper soaked in blood from a heel prick for newborn screening.

Day-by-day, I coped. When Dylan was 1 year old, his Hemophilia Treatment Center asked my husband and I to participate in the national Parents Empowering Parents program. This was my opportunity to find connections and better understand parenting a child with hemophilia. Soon after, I became a Parent Mentor to support families newly diagnosed with hemophilia.

Then I decided I needed to make advocating for people with hemophilia my career. More than 15 years ago, I joined the staff at my local Hemophilia Treatment Center as a Patient Advocate. This was without a doubt the best career decision as it brought me to my role as a Community Relations and Education Manager for Sanofi Genzyme.

Hemophilia will always be personal for me. My career allows me to emulate my dad’s drive and passion for the hemophilia community. But even better, I get to help families like mine as they navigate through life with hemophilia.

Each one of us has a story. A reason why. While our stories may be different, we are connected by a common factor. A desire to give back, to uplift, to seek and to support.

With that spirit in mind, Sanofi Genzyme invites you to Share Your Why.

Through the Share Your Why website, you can share common experiences and discover authentic and relatable stories from people just like you. You can support and inspire others in the hemophilia community by uploading your story and sharing your why through a photo, poem, video or anything else that captures your why – though we’ll only share your why with the community with your approval. You can also ask someone who supported you to share their story as well.

If you are looking to connect, you can also find contact information for the Sanofi Genzyme Community Relations and Education Managers, or CoRes, who are dedicated to providing education to the hemophilia community.

© 2021 Genzyme Corporation. All rights reserved. Sanofi Genzyme is a registered trademark of Sanofi or an affiliate.