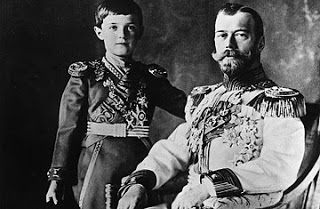 Typical London tourists, my daughters and I went to the “London Dungeon,” a popular tourist attraction, last Monday, on our last day in England. This dark and eerie theater/museum/thrill ride production walks you through medieval London and its various horrors of the time, from the Bubonic plague, to Jack the Ripper, to standard methods of imprisonment and torture. Not for the faint-hearted. Indeed, one daughter left after 5 minutes! The other gripped my hand throughout, and was amazed to learn that Jack the Ripper’s last victim was–Mary Kelly. Overall, the Dungeon was well done, theatrical, scary and even educational. And fun–I was selected from the crowd to take the stand in a medieval court, presided over by a judge in a powdered wig. Before I could be accused of anything, the moment the judge learned I was from America, he cried “Guilty!”, much to everyone’s amusement.

I took particular interest in the section on “Sweeney Todd,” the fictitious 19th century barber and serial killer, who was said to cut his victim’s throats, and even use the victims’ bodies to make meat pies. Despite this lurid account, I learned something new–in the Middle Ages, barbers also performed surgery. I looked at the barber pole. Did you ever wonder what the barber pole stood for?

The barber pole developed as a symbol of “bloodletting,” a standard treatment for just about anything. During this treatment, the barber would drain blood from the patient in the hopes that it would somehow cure the patient of whatever was making them ill. (You can see a decent portrayal of it in the 1995 movie “Sense and Sensibility”) The patient would grasp a pole to make veins stand out, the barber-surgeon would cut, and blood would pour into a basin. Afterward, blood-soaked bandages would be hung outside as advertisement. Twirled by the wind, they would form a red and white spiral pattern that was later adopted for painted poles. Later on, the bandages would be replaced by a wooden pole, with painted red and white stripes. Variations of the barber pole appeared in different countries, with some alternating a blue stripe with the red.

I guess I find anything to do with the history of blood–and hemophilia–interesting; London is certainly steeped in history of hemophilia, as mention of Queen Victoria, the most famous carrier of hemophilia and longest reigning monarch, is everywhere. And while the barber pole is recognized around the world, its days could be numbered. The William Marvy Company is the sole remaining manufacturer of barber poles in North America, and one web site notes that in recent years, the sale of spinning barber poles has dropped, because of fewer new barber shops and municipal restrictions on moving signs. You may have to visit the London Dungeon to get a glimpse of one someday!