790
By Chris
Ingram
There was a
time when we could choose a specialty pharmacy that not only could obtain the factor
brand we needed, but understood hemophilia, knew us personally, and gave us the
best customer service we had ever received. How did they understand hemophilia
and its challenges so well? Maybe someone at that pharmacy or their loved one
had hemophilia. We were always connected by the common diagnosis. To me, it
seems like those times were just a fairytale.
Now specialty
pharmacies are being chosen more often by the insurance company, run by
healthcare professionals who claim to understand hemophilia. I am here to tell
my story about how much of a nightmare it can be to have a specialty pharmacy
that does not “get” hemophilia and our needs. I hope in the future no one ever
goes through what I did just to get factor.
The hemophilia
specialty pharmacy I had been using for two years, operated by people with
hemophilia, closed. I decided to try another one (I’ll call it “Hemophilia
Pharmacy”), also operated by people with hemophilia. I found out that they were
not in network and my insurance company (I’ll call it “Big Payer”) wanted me to
use their own specialty pharmacy (“Payer SP”). Hemophilia Pharmacy started
getting contracted with Big Payer, which is a lengthy process. In the meantime,
I still needed a specialty pharmacy.
I called “Salud
SP” here in Arizona.  They started
the process to get the precertification so they could service me. They were not
in network. So that is now two pharmacies I have looked into with no luck. On
to the next pharmacy.
I then decided
to contact “National SP,” which knows hemophilia well and is contracted with my
plan. By this time I was running really low on factor; I had only three doses left
and just had oral surgery two weeks prior. National SP could not get my factor
brand! I guessed it was due to my using a new factor brand that was only recently
made available. National SP told me I had better use “Pet SP,” the payer’s specialty
pharmacy.
So that was the third specialty pharmacy that I had struck out on!
Every time I tried
to use a specialty pharmacy that knew hemophilia, I was told that Big Payer
wanted me to use Pet SP. So I called Pet SP and start the
enrollment process with them. I also told them that I need the factor to be
processed under the medical benefit
not the pharmacy. They told me that they bill under the pharmacy, unless it does
not get approved (then they will bill under medical). Under pharmacy, I would
be responsible for 50% of my factor
costs! My out of pocket cost would be $45,000 every month. I did get
transferred to a representative who listened to me, and said if I ask to
process under medical, then they will do that first. Then he told me something
unbelievable. Pet SP cannot get my factor
brand!
I must use Pet
SP but it cannot get my factor! So Pet SP told me to use their sister specialty
pharmacy, “Sister SP.” I called Sister SP, related my story, and asked about my
factor brand. They told me I was given wrong information. They ended up calling
Pet SP, and asking them why I was told this information when it was false.
At this point
I was furious. I called up Big Payer; I told them I want answers. Why is it no specialty
pharmacy can obtain my medicine? They said they would look into it, an answer I
thought was unacceptable. I firmly told them they have until tomorrow to give
me an answer or I will be calling the state insurance commissioner to step in
and I will also be calling a lawyer.
When I hung up I began researching different
lawyers and trying to get a consult to see if I have a case. I had been working
with Big Payer for three weeks with no solution; I felt like I was being
neglected. I did not hear anything from Big Payer the next day. The following day
I took the day off of work to make more calls. The state insurance commissioner
called back to learn more, and two different lawyers called who were interested
in the case. The supervisor for Big Payer called, and said she was going to
make sure this got taken care of. By now I was out of factor.
Several hours
passed by and I finally got a call from the Big Payer supervisor. She found a
specialty pharmacy in California that could get my factor to me the next day.
I told her
this was unacceptable; I needed factor today– no exceptions. I had told them
that Salud SP was in Arizona and could get me my factor brand within hours of
getting an approval. The situation escalated to involve Big Payer’s medical director,
who approved a one-time, 30 day authorization for Salud SP. I had my factor two
hours later!
This is not
the first time I’ve had an issue with my insurance company, but this is the
first time it involved my factor brand accessibility. Is choice of specialty
pharmacy—and maybe factor brand—just a fairytale now?
Chris Ingram is a certified professional coder (CPC) who
currently works at UnisLink. He’s worked as a medical
biller
and coder for the following medical specialties:
anesthesiology,
urgent care, pain management, gastroenterology, internal
medicine, pediatrics, ob/gyn, orthopedics, and trauma
surgeons.
He has also taught medical billing and coding at two
colleges.
In his spare time, Chris loves attending car shows and
doing
car detailing for family and friends. Chris has severe
hemophilia
A and lives in Arizona. Contact Chris
at ichris2001@hotmail.com. 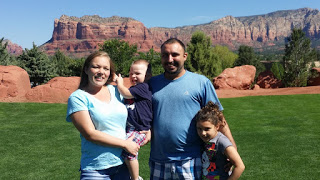