John Schmitke: When a Role Model Meets His Role Models 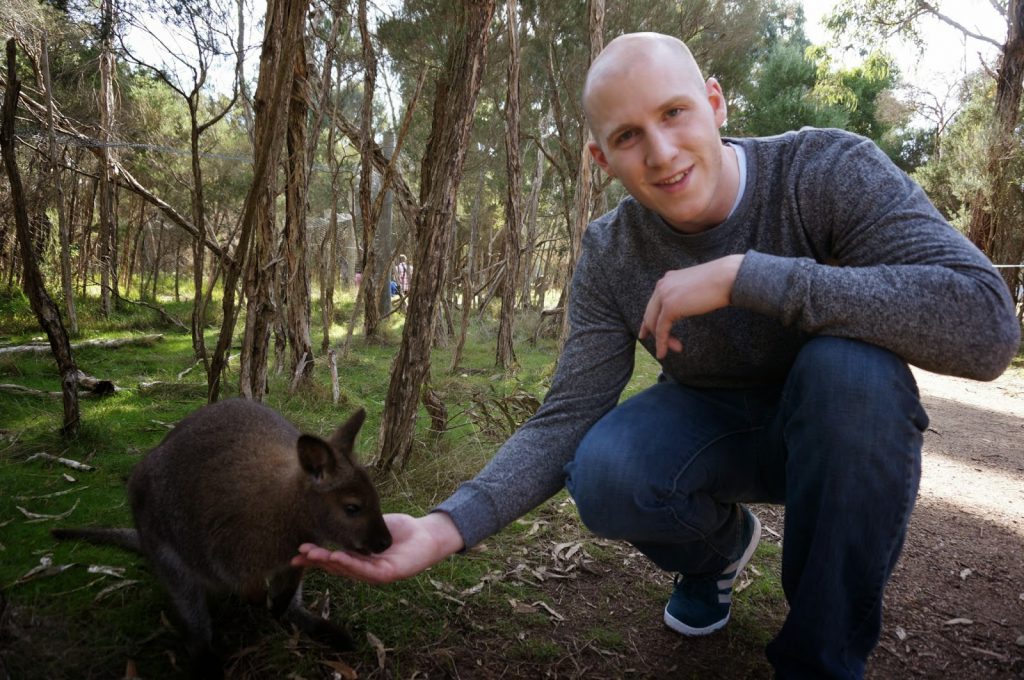 Note from Laurie: I’m sharing this wonderful first-person report from a young man who attended the WFH Congress in Melbourne in May. A refreshing look at a hemophilia congress from a different point of view.

My name is John Schmitke and this is my story. I’m
currently the Vice President and Chairman of the Youth Committee at the
Canadian Hemophilia Society, Manitoba Chapter. As a young man living with hemophilia, I recently participated in a program which gave me the opportunity
to be the Hemophilia Champion. The project allowed me to raise awareness about
the disease in Canada by taking part in media interviews on World Hemophilia
Day and promoting an inspirational video that focused on my life and
highlighted how I overcame my adversity.

https://www.youtube.com/watch?v=WobNfQgqBXA
One of the most exciting parts of the program was that I was
to represent Canada at the World Hemophilia Congress in Melbourne, Australia.
The World Hemophilia Congress is an event that allows people affected by
hemophilia to come together to discuss the disorder and treatment options. I
was extremely excited to be visiting Australia!
Once I arrived in Melbourne, I touched base with my friend Justin
who is also the co-chairmen of the National Youth Committee.  He was already at the conference center
and had managed to find an organized youth event.
One of the things that I was
looking forward to the most on my way to this conference was that I would be
meeting people from around the world that had the same but also different challenges
that I have had.  Health care in
Canada is among the top tier system in the world, which means that there is a
lot to be learned from my peers in the tiers below the one that I have been
privy to. 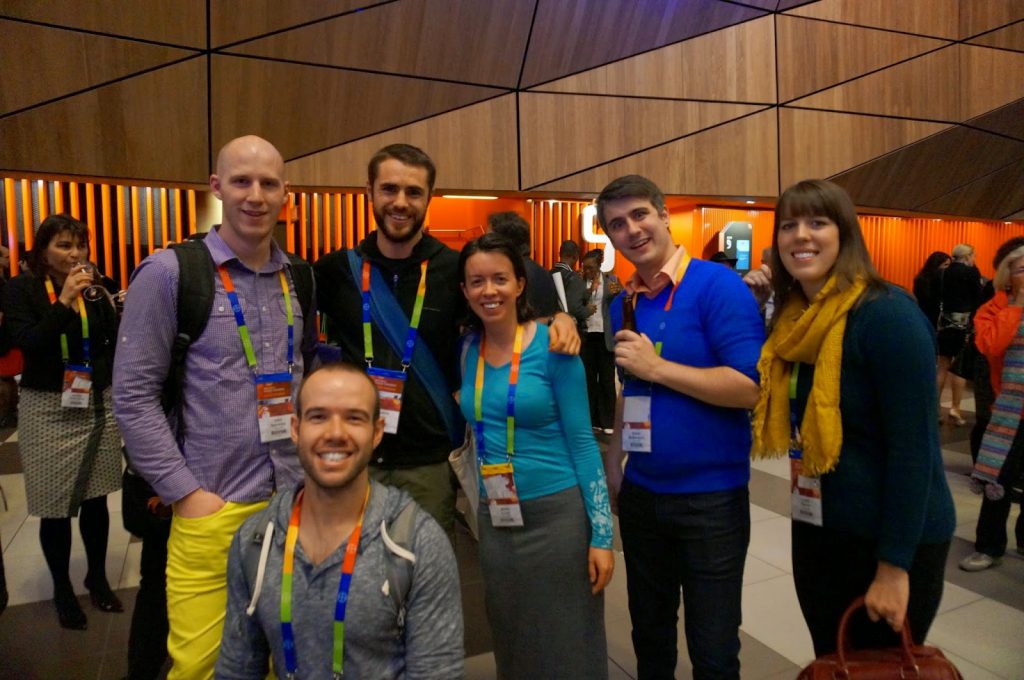 When people meet me they would never think that I have a
disorder of any kind, never mind one that typically manifests in physical
symptoms.  This is not the case for
everyone here.
This fact would become more apparent as the week progressed.  I should say that I have always tried
to be acutely aware of what hemophilia is like for the majority of people
suffering from it, but that awareness is much different when those people
surround you.
At this youth event there were people with arms that could
not straighten, knee replacements, in wheel chairs, suffering from inhibitors
that prevent medication from being effective, and just living with daily
reminders of what it is we have. 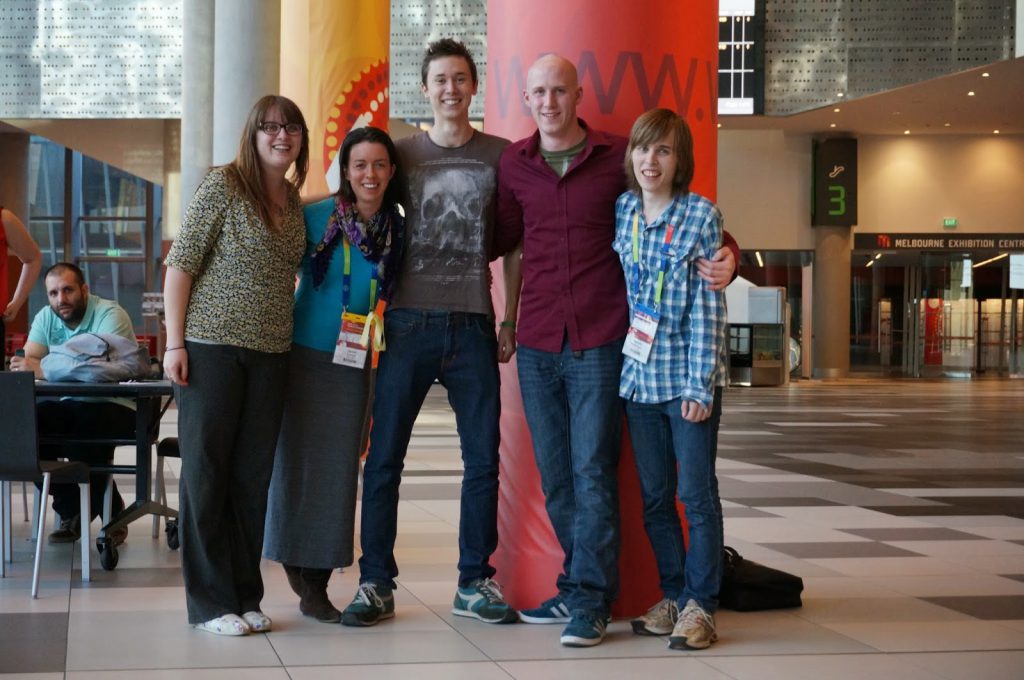 I don’t want to focus solely on the trials that this
disorder can place on people.
There were others like me, people that have been lucky in their
lives.  People that had no outward
symptoms of having a bleeding disorder.
I use the word luck, because luck it would seem in a big part of
it.  The other part is we have
become very good at managing our bleeding disorders.  Either consciously, or in some cases instinctively, finding
a way to minimize the effects by staying ahead of them.

Adam, Andrew, and Chris had the
greatest influence on me leaving this Conference.
Andrew has an inhibitor.
He also struggles with target joints.
As a result he has had a complete knee replacement and had both of his
ankles fused.  He is only in his
twenties.  He has the same
type of hemophilia as I do and has had a completely and much more difficult set of challenges than I.  Andrew went through a lot of his life accepting his
limitations, but at some point he stopped accepting things for what they were
and decided to make them what he wanted.
He lost a lot of weight, began fitness training, and lived his life the
way he wanted to live it.  If you
were to ask Andrew he wouldn’t say it was an easy accomplishment, but he would
say it was one worth all the effort several times over.
Chris is currently in better shape than
I am, which is something that I have never seen in someone who has a severe
bleeding disorder.  I know that
sounds conceited, but this level of physical ability is not something that is
seen in people with severe hemophilia.
I was surprised, and I admire Chris for what he had achieved, knowing
the dedication that it took to achieve it. Let’s just say that I was used to
being in the lead in the gym, period.
I have never had the experience of having a hemophiliac come near my
physical ability, never mind surpass it.
The experience was both humbling and immensely satisfying.
Adam also left a lasting impression on me.  He’s
a young man who relies on a wheelchair  because he’s paralyzed
from the waist down.  This is a
result of a bleed near his spine shortly after he was born that was caused by an
epidural.  He doesn’t want
sympathy; no one with a mental fortitude as strong as his does.  He as accomplished as anyone that I
would meet, so he doesn’t need sympathy either.  It is people that are this remarkable that inspire, though.  They are the true role
models among us.  To go through
life with a severe bleeding disorder as well as being unable to walk, but
accomplishing as much or more than most people with neither of these challenges
shows that with effort and the willingness to adapt, these things are no
handicap. 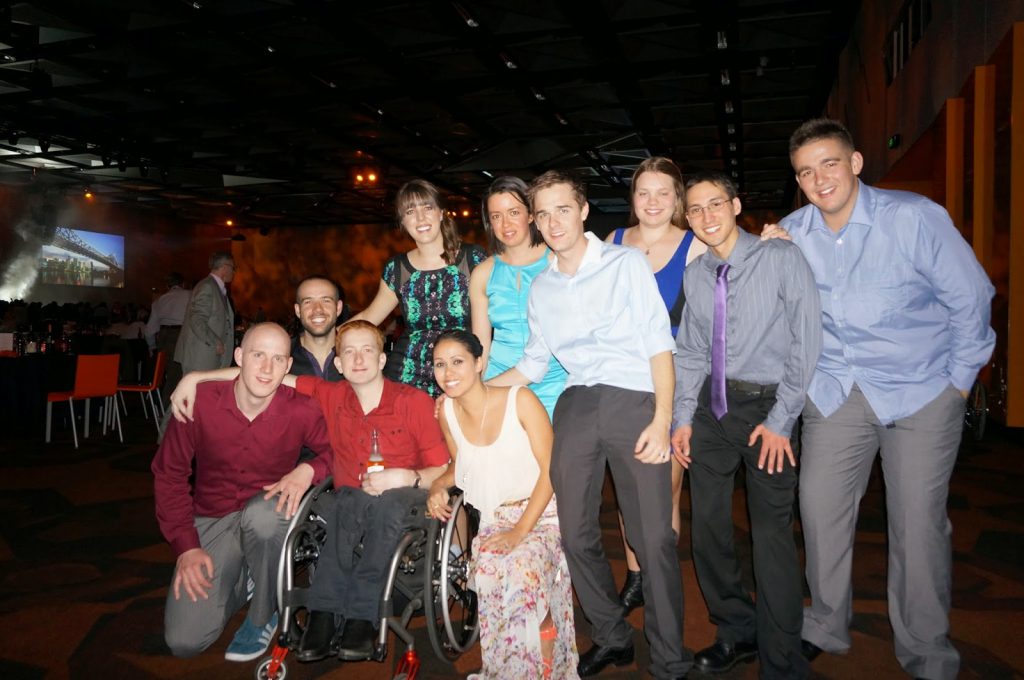 The people representing the 120 countries
attending this conference have knowledge to be gained.  There are all kinds of sessions on
treatment methods, medications, complications, challenges.  But it’s witnessing the culmination of
life experience within the attendees that make up the “patient population” that
you gain the most.
If I can accomplish one thing in my involvement with my
local, national, and global chapters, it would be to share that knowledge with
the effect of changing lives for the better.
I went to Melbourne because some people see me as someone
that has experience worth sharing.
While I believe this, it is the experience of others that drives me to
continue living in an exemplary way.
Thank you to everyone that provides me with these types of
opportunities.  Most importantly,
thank you to the people that make these opportunities worth experiencing.